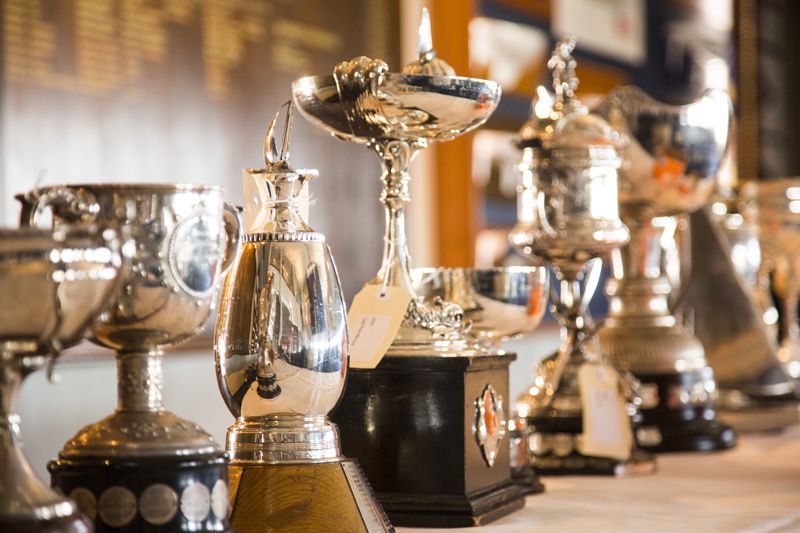 There are loads of prizes and prize money to be won at the Ports of Auckland Anniversary Day Regatta, along with our historic trophy collection.

Our historic trophy collection features at least 14 trophies that have been around since before 1900! The collection – some of which are solid silver – is valued at nearly $100,000, and is on permanent display at the Maritime Museum. Perhaps what’s most special about winning a race in the Ports of Auckland Anniversary Day Regatta is that your name is engraved on the trophy and you become a part of nautical history – forever.

Cash prizes are awarded as a proportion of entry fees received for first, second and third places. The more entries in each race, the bigger the cash prize pool!

There’s also a $1,000 cash prize awarded by random draw to one lucky skipper who entered before the early entry cut-off date of 31 December.

Loads of spot prizes from our generous sponsors…

There are loads of spot prizes to be won from our generous sponsors. But you must be at the Prizegiving ceremony to claim your prize!